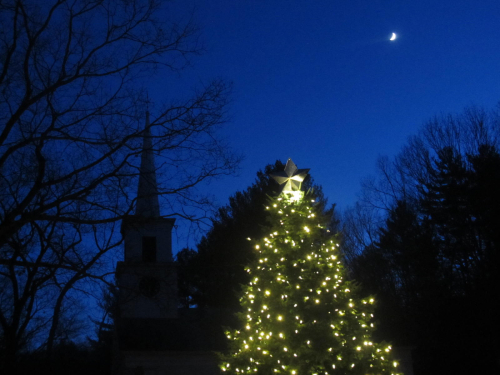 "Trish!  Something's wrong with Bella!"  I dropped my book and raced to the living room.  Alex was on the floor, with his head under the coffee table.  This ostrich impression would have been funny under other circumstances, but the worry in his voice stifled my laughter.  I got down beside him and stared at Bella.  She was upright, but her head was slipping from side to side, as loose and out of control as a bobble head.  All I could do was stare at Bella's eyes, giant with fear, scanning left right, left right, loose marbles in her swaying head.  I showed her my hand and called "Bella.  Pet pet?"  Her ears pricked forward a bit but there was no attempt to come to me.  Her head continued to slip back and forth as if utterly out of her control.

In the other room I could hear Alex calling vets with 24 hour services.  "Is anyone on who is trained to treat exotics?" he asked each one.  Rabbits are the fourth most common pet in the US, but their care is a specialty within veterinary medicine.  I lay down on the floor, inching toward Bella, making myself as unintimidating as possible.   An animal in pain is unpredictable and I had no desire to see what damage her teeth and claws could do.  But Bella didn't back away.  She didn't grunt or thump.  Now I was close enough to see that her body, usually a straight line from her nose to her scut, was curved unnaturally into a C.  Alex appeared at my side.

"I think we have a better chance of getting someone who knows about rabbits at the vet school."  I pictured Fergus' body going limp as the drugs went through his system.  The way his body, in a moment went from familiar to alien, a mass of fur and meat.  It had been the right decision to put him down, but...was Alex thinking about that night too? We drove through the deserted Christmas streets a little faster than the law would allow.  We sped by house after house lit by televisions and Christmas trees.   Radio off, the only sound in the car was the British GPS woman doling out directions with a frustrating lack of urgency.  Couldn't she give a little more advance warning so we wouldn't keep missing our turns?

It's impossible to see a black bunny in a dark car, so I opened the carrier a bit and slid my hand in.  For a split second I feared touching her.  What if I touched a body, the life gone?  The fur was warm.  I pressed more firmly and felt more than heard the undulations of her gut in action. I reached for her silky ear and gently rubbed it, hoping to hear her teeth tap with pleasure.  Nothing.  I stopped petting and a heart beat later I felt the familiar bump of her forehead against my hand, demanding more.  She couldn't be too bad off then, could she?

Somewhere on that forty minute ride Alex asked, "Did you see her when you got home?  She was fine when I left for my parents'."  And with that, the search for a cause, a missed symptom, something we should have noticed moved from interior monologue to a conversation.  I remembered Alex's sister, a scientist who works with mice, talking about how they hid any sign of being sick until they were too far gone to hide it any more.  "One day they seemed fine, the next they'd be dead.  They're prey animals".  Oh yes, we knew about prey animals.

"Did she jump off anything? Was anything knocked over?"

"She doesn't seem to be in pain.  She's letting me pet her and you picked her up."

"She was a little slow to eat her breakfast, but she ate it."

"Remember I told you how funny she was this afternoon, slinking arou

nd the living room like it was unfamiliar territory?  Maybe something was wrong then."

Silence surrounded us as we passed empty shopping plazas, dark car lots, miles and miles of tar and concrete.  I rested my head on the carrier, one hand absently caressing Bella.  There were a few cars on the road, but I felt like we were separated from everyone else by the joyless reason for our outing. 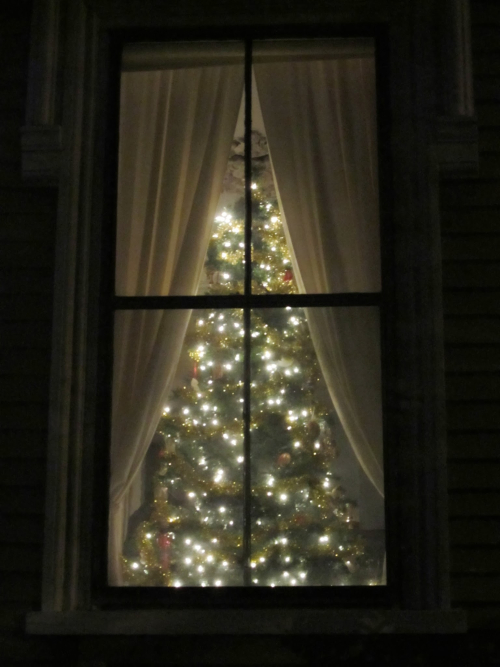 Then, in a move worthy of a Dickens story, my mind jumped to people I knew or knew of who had seen more doctors than santas this Christmas season.  John.  He'd been sick for weeks and probably would be for some time to come. Marc who had come mighty close to death as everyone else counted their blessings and ate pie.  Dave.  No Dave was quietly doing a bit better now.

Then there it was.  A big, red, glowing Emergency sign.  Through the window I could see the receptionist look up at the approach of our car.

A surge of gratitude for the vets who work Christmas, who care that much about animals' well being, made me teary as I checked Bella in.  I almost hugged the doctor who took her from me.  We'd done our part.  We'd gotten her there.  Now we'd wait. 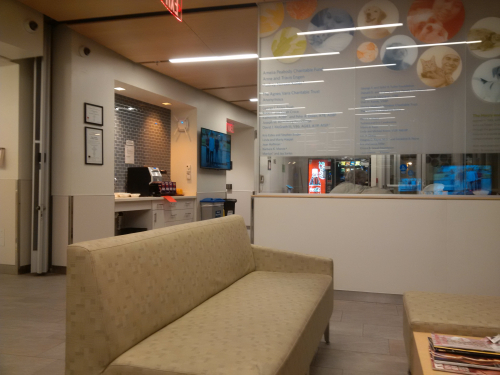 On the edge of my seat, Tricia! I hope you write Part 2 and let us know what was wrong (and that Bella is fine now...?). Really nice piece.

Thanks for reading Deb. I plan to write a post a week in 2019, so the followup is in the works.