Do you remember the documentary Roger and Me?  It was about how General Motors' departure from Flint MI devastated that city.  In it Michael Moore, then an unknown, interviews residents.  If you've seen it, you likely know where I'm going with this.  There's a scene where Moore interviews a woman who sells rabbits from her home, for "pets or meat".  It's only about 2 minutes of the movie, but it became the 1989 equivalent of a viral meme.  I think of that scene whenever Pinterest shows me a pin about how to dress rabbits - and I'm not talking about cute hats and sweaters. I accept that many people raise rabbits for their meat.  Rabbits reproduce quickly, their meat is lean, they are small and their feces can be used as fertilizer.  In poor countries where malnutrition is a serious problem and protein is hard to come by, raising rabbits for food makes sense.  I personally can not imagine eating rabbit now that I've known and loved these curious, fun-loving, affectionate creatures, but I'm not going to tell other people not to.

No, I'm bringing this up because much of the advice regarding rabbit care is very different depending on whether you are looking to care for many rabbits, inexpensively, for a short period of time or a couple very healthy rabbits for ten years or more.  This is a problem cat and dog owners don't run into.  Most of the books I've borrowed from my local library network are intended for farmers.  Even books intended for pet owners are often outdated, suggesting diets and housing that veterinarians now know are not in the rabbits' best interest.

So I've written up a short list of reliable resources for people with pet rabbits.  I'll continue to add to it as I find more.  If you know of one I missed, please let me know in the comments.

Do Rabbits do Anything?

The air was thick with the smell of hay.  The steady drone of bees was interrupted from time to time by the cantankerous honking of geese so comical they could have stepped right out of a children's book.  A friend and I were visiting a local farm with her preschool-age children.  We'd started in the barn, visiting the cats and played on the tricycles we'd happened to find there.  When some swallows started to dive bomb us, we'd decided it was time to move on and see the rest of the animals. 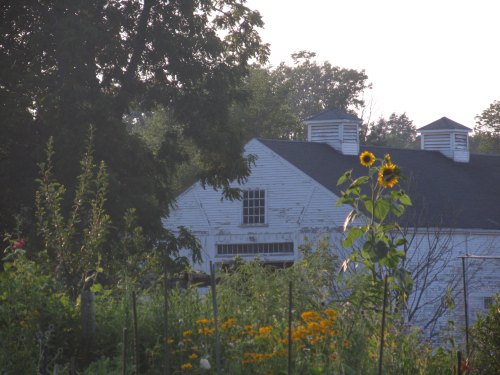 The kids saw a rabbit hutch just off the path and raced to get to it.  They pressed their noses through the wire in front of the dozing rabbit and began talking to it.  By the time my friend and I joined them a couple minutes later, they'd moved on to being joyfully being grossed out by the pile of soiled hay under the pen, seeing who dared get closest to it and take a big sniff.  Our arrival ended the game and brought their attention back to the rabbit.

"Why is he just lying there?"

"Why doesn't he hop?" The kids wanted to know.

My friend suggested that maybe it was the rabbit's nap time.  This made sense to the kids since not so long ago afternoon naps had been part of their daily routine.  But they still wanted to see the rabbit move.  We convinced them to move on to the sheep we could hear around the bend, with the promise that on our way back to the car we'd check to see if the rabbit was doing anything,

We visited the sheep, the chickens, some slightly intimidating turkeys and and even a musk ox of all creature, before getting back to the rabbit.  There it sat in the exact same position, as if an evil fairy had turned it into a garden statue.  Feet tucked under its body.  Eyes all but closed.  The only signs of life were the slight wriggling nose and the occasional twitch of an ear. 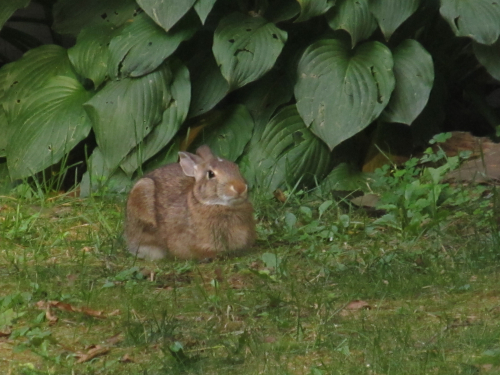 "Do rabbits ever do anything?" one of the kids asked in that world weary way that sounds comical coming from a four year old.  It's a question I've been asked many times since becoming a rabbit owner.  People know what to expect from dogs and cats, but rabbits are a different story.  Even people who have told me they had rabbits in a hutch years ago, are often curious.

Why are they so lazy?

Do they do anything?

If you keep visiting this blog, I assure you those questions and more will be answered, but for now let's focus on why rabbits always seem to be sleeping.

There are a couple parts to the explanation.  The first one is timing.  If you've been to a zoo, you've heard someone complain that the big cats just sleep all day.  Lions, owls and a host of other animals are nocturnal, sleeping during the day and becoming alert at night.  Humans and many other creatures are diurnal, we are on the opposite schedule.  Rabbits are neither nocturnal nor diurnal.  They are crepuscular, meaning that they are active in the early morning and evening.  If you speak French, the word crépuscule, meaning twilight makes crepuscular easier to remember.

The rest of the time, such as when families are likely to visit a farm, rabbits rest.  Evolutionarily speaking, this schedule serves rabbits well since the long shadows and dim light of twilight make it easier for them to hide from predators, regardless of whether they approach from the ground or the sky.  Today, this sleep pattern is ideal for pet owners since it frees them to go to work or school without any worry that their rabbit is bored or missing their company.  Yes, rabbits get bored and lonely too.

Another piece of the explanation for why rabbits at farms/petting zoos etc. never seem to be doing anything, is environmental.  In these places, even the best cared for rabbits tend to be in small pens.  Think of it like spending all of your life in a space the size of your bedroom.  There's room to move and lie down, but not enough room to really run around, hop, stand inquisitively on their hind legs or binky (a weird word for when rabbits joyfully act like bucking broncos).  Without stimulation and exercise rabbits (like people) become lethargic.

All of which is a long way of saying, a farm or petting zoo is a great place to see what a rabbit looks like and giggle at their wiggly noses, but that's about it.  For anything more you'll have to earn their trust and that takes time, sometimes a lot of time. 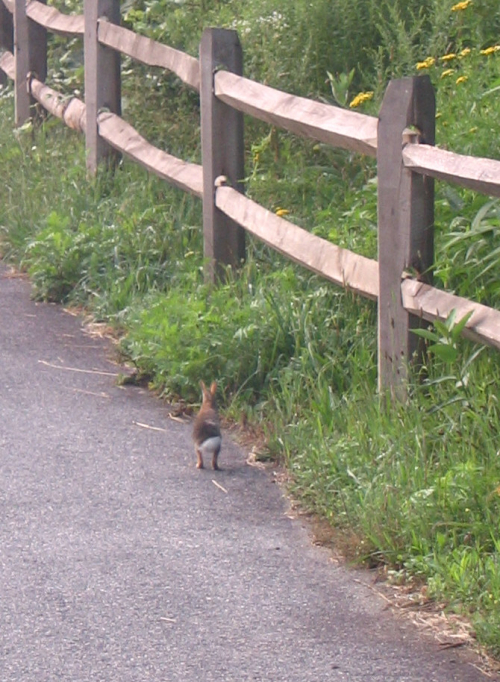