No Excuses for Not Voting

A while back I received an impassioned email on the subject of voting, from the most unlikely of sources, my dad.  I say unlikely because aside from occassional comments on a specific law, I've never heard him discuss politics.  I have no idea who he'll vote for tomorrow, and he'd be the first to say that's just fine.  But I know he'll be at the polling station, before the sun rises over the desert and long after it has set, to see that everyone who wants to vote is able.

Thanks Dad for letting me share your insider's perspective. 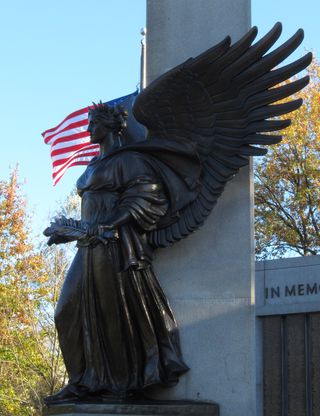 I'm not a political activist and don't usually talk politics or religion with anyone.  Mom said it was better not to.  I do have my views and think everyone should either vote or shut up.  On that note, the primary vote is in.  The cast of players for November has been chosen.  I am a volunteer poll worker, one of those people you see helping when you go to the polls to vote.  I have volunteered for several years as a trained poll worker.  It makes for a long day at the poll on election day but it is interesting - actually fun in some respects and very satisfying.  Knowing I have helped the process work a little easier for those that come out and vote, makes me feel good.
Hopefully a poll worker, such as myself, will see you casting your ballot in November.  Speak up or shut up.  If you don't care, do nothing, but DON'T bitch when things don't suit you later on.  To earn the right to bitch you have to vote.  The polls will be busy (long lines hopefully) NO EXCUSES for NOT voting!
There are NO EXCUSES for not voting in November.  It just takes a little initiative.
Do a little homework and be prepared, especially on key issues.  Remember; You can "under vote" (you don't have to vote for every issue or candidate - just leave those blocks blank if you have no preference) but you can't "over vote" (if it says to pick two out of a choice of say, four candidates - just pick 2 and no more).  All choices accurately marked will be counted.  Don't panic if you make a mistake on a official ballot.  You do get to do a "do over".  Just request a new ballot and present your old ballot to be spoiled.
The key thing is to vote and be heard in November!  - Earn your right to bitch!

On a related subject, Jeff Greenfield a political anaylst has an interesting article titled My Plea to the Undecided: Stay Home! 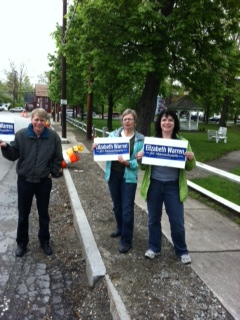