Smitten Kitchen.  Orangette.  Dinner: A Love Story.  Remedial Eating.  The Wednesday Chef. Eating from the Ground Up. These are food blogs that I read as much for the back stories, as I do for recipe ideas.   So when I sat down to write about a salad and how a walk made it so much better, I automatically tried to write in a collective version of my favorite food bloggers' styles.  I remember doing this rather well in college French when given the assignment to write in the style of Emile Zola, but then I was only immitating one author.  And more importantly, today I prefer to sound like myself.

So I set that version aside and asked myself, what do I want to say about this salad? 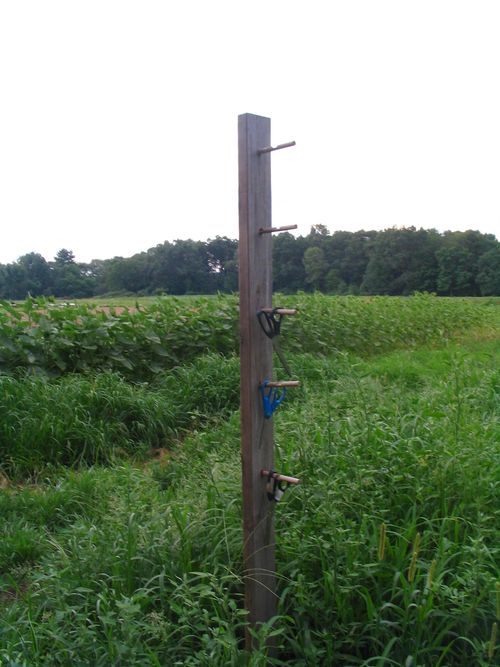 A couple weeks ago, my partner Z and I invited friends over to break in a new game that he'd received for his birthday.  Our friends took care of drinks and dessert, Z picked up an assortment of sushi and I made the Corn + Avocado + Cilantro salad from Real Simple magazine.

Through the "magic" of modern food shipment, you could make this salad any time of year, but right now, in the heat of the summer is when it truly should be made. Local and in-season make a difference in the flavor, especially when a recipe only has six ingredients, and two are givens (salt and olive oil).

You start with the corn.  Grab a cloth sac and get ye to your local farm or farmer's market for summer's gold.  I'm lucky enough to live within walking distance of a farm stand where tomorrow's corn harvest can be seen over the shoulder of the cashier as you pay today.  With its wrapper of green and jaunty tassles, corn is the only food that nature wraps like a present. 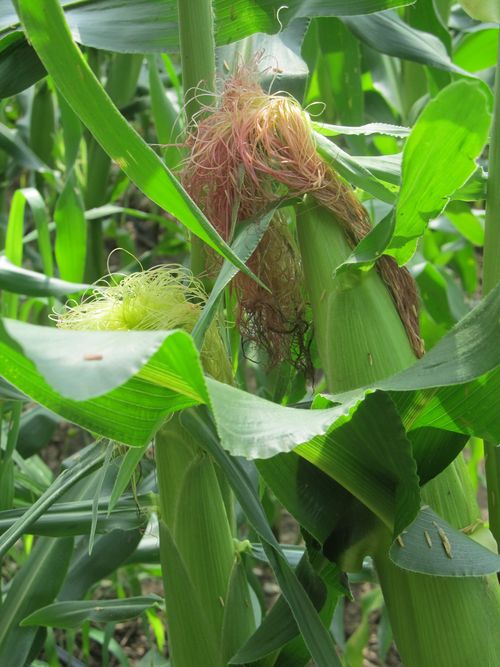 On the way back from the farm, stop at a grocery store and pick up avocados and limes, unless of course you live somewhere that grows these foods.  One nice thing about avocados, is even though they do not grow in the northeast, and therefore have to be shipped long distances for our enjoyment (a "sometimes" food rather than an every day staple), there is no loss in flavor.  Avocados do not ripen until removed from the tree, so unlike many other fruits and vegetables which are picked early to benefit the shipping process, but arrive with just a shadow of their potential flavor, avocados taste great several thousand miles later.

The final ingredient in the salad, as published, is cilantro.  I neither like nor dislike cilantro, which means it's not growing in my herb garden, and I don't want to pay for a bundle and end up with a pile of leftovers.  I was walking back from Wilson Farm when I bent down to nibble on some lamb's quarters growing by the side of the trail.  The first bite is nearly tasteless, but then there's a wave of green, much like the taste of a cucumber with the peel left on.  I decided to replace the cilantro in the recipe with wild lamb's quarters. 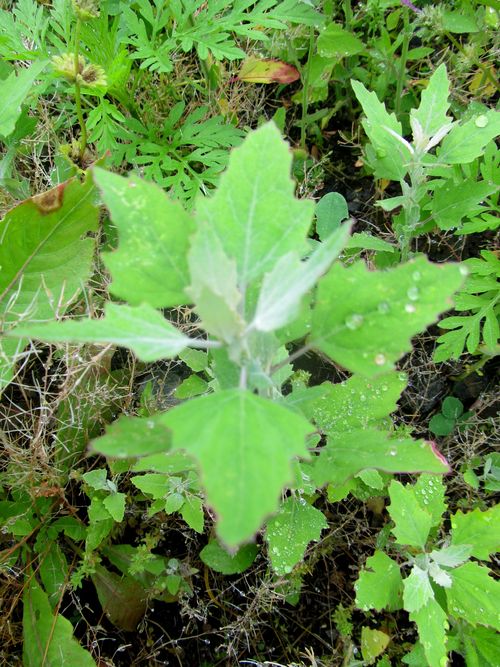 The walk home became a scavenger hunt.  Whenever I saw a sprig I plucked it and added it to my sac of corn, feeling quite triumphant.  Though lamb's quarters grow abundantly along the edges of farm fields, they are harder to find in wooded areas (like the one I was walking through).  What does grow there, in abundance, is wood sorrel.  This slightly vinegary herb is often mistaken for clover, but wood sorrel's leaves are tiny hearts, in that yellow sort of green associated with spring.  I tried a bit of lamb's quarters with a sprig of wood sorrel and smiled.  This tasted world's better than cilantro.  In no time I had enough greens to complete the salad. 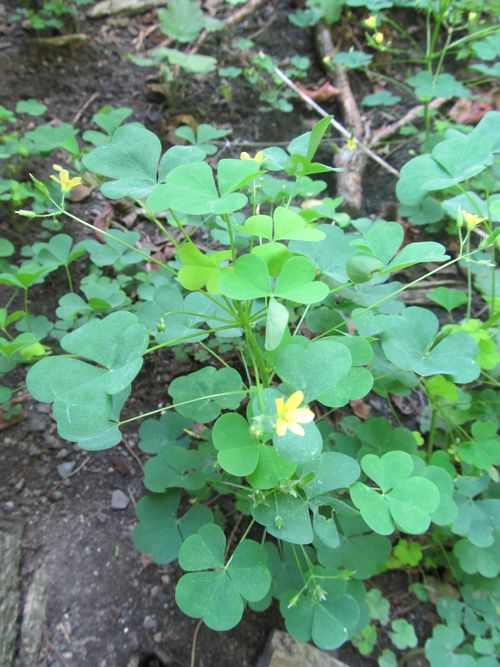 When I got home I gave the greens a careful wash and whirl through my salad spinner.  I'd been careful to gather plants several feet away from the path, since it's a popular dog walking spot, but you never know. I ripped off the leaves and set the stems aside to add to my garbage pail vinegar (but that's a story for another post). 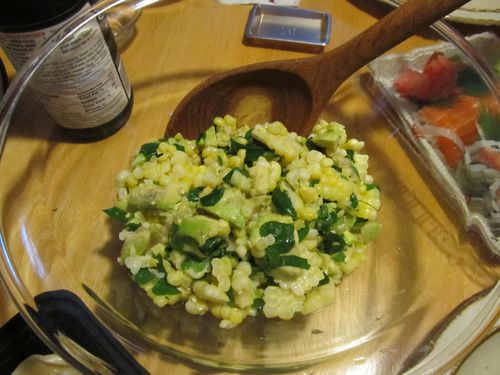 If you'd like to learn more about cooking with wild foods, I recommend Didi Emmons book Wild Flavor's: One Chefs Transformative Year Cooking from Eva's Farm.  She has a whole section on lamb's quarters (also known as goosefoot).  Russ Cohen's Wild Plants I Have Known...and Eaten is a great introduction to foraging in New England.