What I Learned from Moving

It's been quiet on this site for a while; the sort of gaping silence that TV shows highlight with chirping crickets.  It started with the usual end of semester rush of work, then there was a two month purge of unwanted belongings, followed by a remarkably smooth move into our very first house!  After a few years of looking each time it came close to the end of our lease, we finally found the right house at a price we could afford.

And now that almost two months have passed I feel like I can take a deep breath and share a bit of what I learned from the experience. 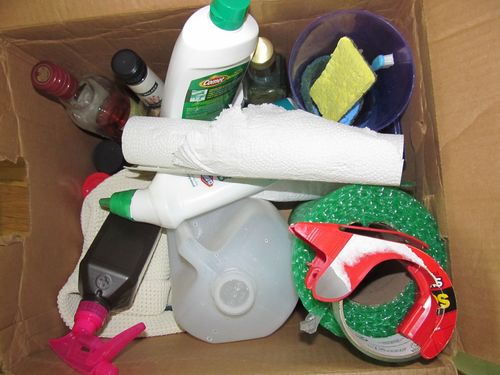 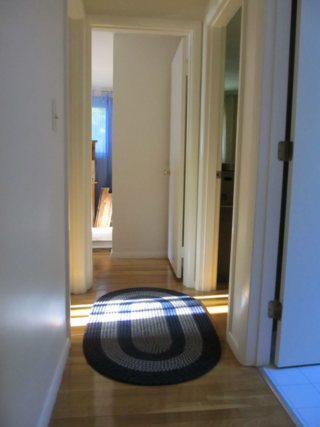 1st morning in the new house

I thought about calling this post "Refrigerator Bread" because the recipe is  great for using up fruit that has outstayed it's welcome, but the more I thought about it, the less appealing that name sounded.  "Ice box" sounds homey and fresh.  "Refrigerator" conjures up a big humming machine which has an open box of baking soda in it for a reason. 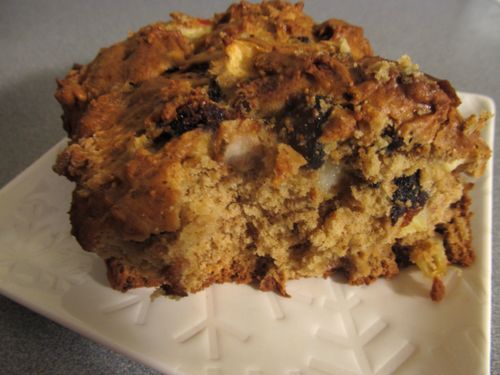 Therefore, let me introduce Yankee Thrift Bread.  The center is moist, rich with cinnamon and chock-a-block with baked fruit.  The crust is slightly sweet and crunchy.  And best of all the recipe is easy (one bowl, no mixer needed) and incredibly forgiving.  How forgiving?  The recipe started out as zucchini bread (from simplyrecipes.com) and was very good.  The next time I made it I didn't have enough zucchini, so it became summer squash bread (mixing green and yellow).  No one noticed the difference.

For several years I've made it as zucchini carrot bread.  This version I always associate with camping trip breakfasts and early morning walks.  The bread freezes well, which is great for that stretch in August where the world becomes overrun by zucchini.   I did try zucchini, carrot and parsnips in one batch, thinking if one root vegetable works, another should too.  Not quite.  That batch was eaten, though I think it was by the squirrels.

So it's not that surprising that today when I realized I had an overripe pear, a bruised apple and dried figs from 2013 in my fridge, I considered throwing them in the compost bin, then thought better of it.  What would be better on a gray, rainy day than cinnamon, nutmeg, sugar and fruit? 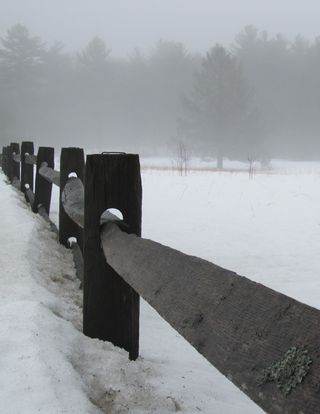 3-4 cups fruit or veggies - For a smoother texture grate them.  Dicing also works, though it makes the bread more likely to crumble.  Whether to peal or not is a personal preference.

1/3 cup (or 6 tbs) apple sauce - If you don't have apple sauce on hand, you can double the amount of melted butter. 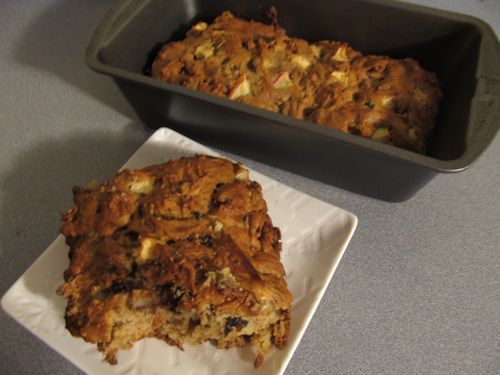 Never Too Late to Relearn

I'll be turning 39 in a week and there are certain things I thought that I knew by now.  In fact, if asked about them I would have laughed then looked around for the hidden camera.  Of course, since I used the past tense "thought I knew", you know what's coming, right?

First - How old am I?  Oooh yes.  I got this one wrong twice in the last week.  And both times I said I was older than I am.  I have no explanation other than last year about this time I thought I was turning 40, which I wasn't that year either.  On the up side, by the time I am turning 40 it will feel old hat.

Second - How to make paper snowflakes.  I told you these were things that I thought I had down pat.  I did know the basics; you fold a piece of paper then make cuts along the folds.  What I didn't remember (or maybe never knew) is that you get more recognizably snowflake shapes if you fold the paper a particular way.  If you are now doubting your own paper snowflake making skills, I recommend the tutorial at HighHopes.com

Third - How to tie shoes.  OK,  I'm oversimplifying a bit.  I was looking through the TED talks website and found a really short talk on how to tie shoes.  I thought it must be a joke, but the speaker actually had a minor change to the bow making process that made it slip proof.  This is especially helpful for shoes with round laces.  My walking boots (which I've switched to since the weather dipped below freezing) have round laces and used to drive me a bit crazy since it took knots on top of the bow to hold them tight.  I would be exaggerating if I said this new bow technique has changed my life, but it does make me smile each time I use it.

Now to go learn something I know I don't know, like how to make english muffins from scratch.

Whether Hurricane Sandy decided your Halloween decorations would look better in someone else's yard, or the holiday snuck up on you, it's not too late to get in the spirit.

I've made these ghosts three years in a row now, each time trying new tweaks (no, arm like protuberances are not an improvement) and learning from them.  No, these ghosts will not make the neighborhood kids shriek in fear, but I love how each one ends up with an individual personality and the way they sway when the wind blows.  The more you make, the better the effect.

When Halloween is just a fun memory, the fabric can be ripped up for rags or added to your compost.  The styrofoam balls can be reused year after year.

I wanted a red mailbox.  Someday I want to live in a red house with white trim (like the classic Swedish country home). Red makes me happy. Deciding what to do on the red to make it unique and maybe even say a little about me, that took more time.

I didn't want to buy a lot of supplies for this little project, which quickly lead to the decision to use spray paint.  That way there was no paint thinner to buy (and then figure out how to dispose of), no brushes to purchase, no temptation to buy lots of colors and then potentially worry about if I had the painting skills to make my ideas happen.

In the end I decided I would make my mailbox into a quilt block - wonderfully geometric and an example of one of my hobbies.

Outdoor gloss spray paint: Main color, Secondary Color and Flag color.  You won't need much paint (especially for the flag) so you may be able to use leftovers from other projects. 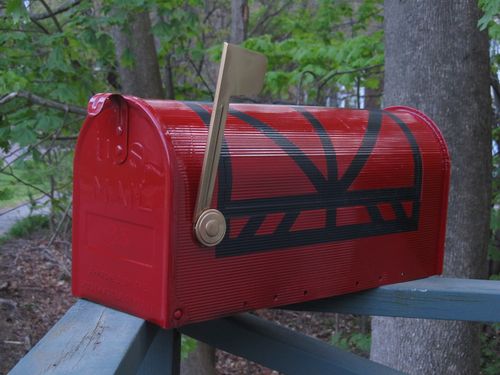